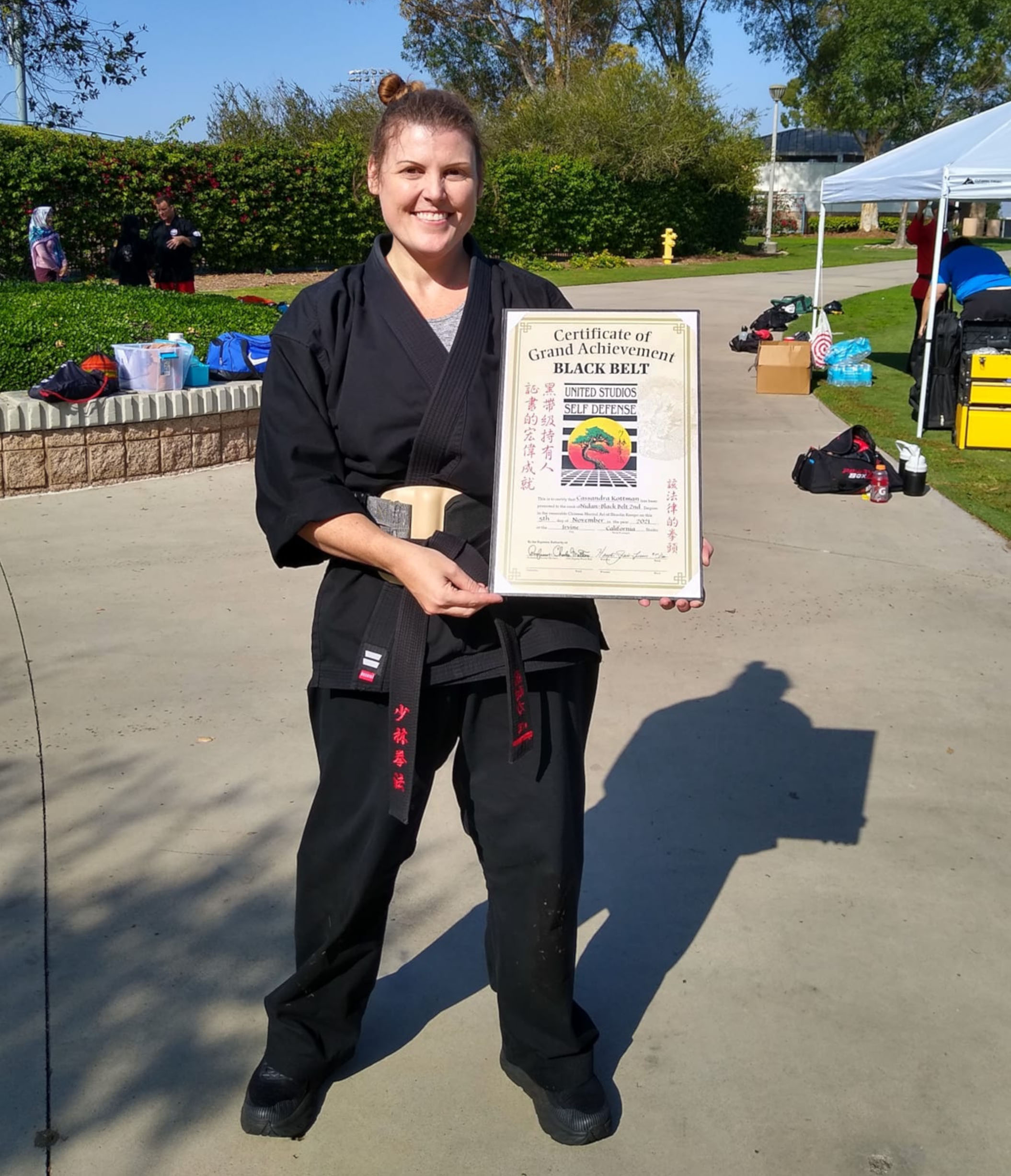 I started Shaolin Kempo Karate back in 2012. I had trained in Shotokan Karate in high school and really wanted to get back into martial arts. I’ve struggled with ulcerative colitis since I was 12 and staying active always seemed to help. My UC was still severe and I was in and out of the hospital quite often, so training was still a struggle. Eventually, my colon ruptured in 2016, and I was rushed to the ER and had to have an emergency colectomy. I was in pretty bad shape, and almost didn’t make it, even after the procedure. I was bedridden for about 9-months and on TPN for almost half of that dealing with the symptoms of pancreatitis.

I slowly got back on my feet. The whole time nurses were telling me that I wasn’t going to be able to live a normal life, and that I couldn’t do martial arts or many other kinds of activities. It was a very depressing time. Fortunately, I thought to ask my surgeon what kind of limitations I was going to have. She was so positive and let me know of another one of her patients who was a professional water skier, and the precautions he took to get back into his sport. That same day I went and ordered an ostomy guard, foam to make a belly pad, and texted my karate instructor to let him know I was coming back in.

My first class was absolutely horrible. All my muscles had atrophied. I did 3 stationary “jumping jacks.” Basically, I lifted my arms over my head three times and that was all I could manage. I almost passed out and ended up laying on the floor watching everyone else for the rest of class. I kept going back and pushed myself a little more every week. It took a good year and a half to get back to “normal.” 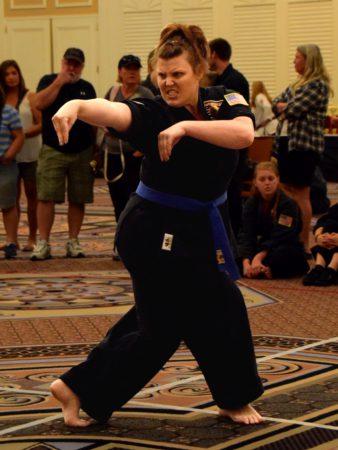 Because of the trauma I had gone through and my passion to continue training, I was inducted into the U.S. Martial Arts Hall of Fame as 2017’s Woman of the Year. Happy to say I am the first ostomate to ever be inducted. It’s a little weird to say, but I actually inspired myself, knowing everything I had gone through, and that I pushed myself to be my best. So, I continued to push my training to where I was able to train 3-4 hours 5 times a week. In 2018, I was invited to perform for the Abbot and test for my black belt at the Shaolin Temple in Dengfeng, China, which was a tremendous honor.

So, on November 6th, I took the test. Six intense hours of high-intensity drills, sparring and defense maneuvers against fists, knives, and clubs. I could barely move the next day, but it was all worth it because I passed. It really is a good feeling, and I’ve impressed myself with how hard I can push myself.

I still deal with day-to-day issues like hydration, or general fatigue, but overall, everything is manageable. If I have learned anything it’s that you need to listen to your body, and if there is something you really want to do, you can find a way to make it happen. It might not be the way everyone else is doing it, but all that matters is that it works for you.