The Black and White of it? Support is Everything.

I recently shared an article about a little boy who was bullied so badly that after twenty-six surgeries, he decided to take his own life. It hit me so hard. I read it with tears rolling down my face, my heart hurting for his loved ones and my soul hurting for the things he must have felt. I read it after spending a long weekend in the hospital and after undergoing three of four surgeries in just two months. I read it knowing the hurt of bullying and the feeling of people looking at me with any variant of disgust when seeing or talking about my ostomy bag. I read it after writing and sharing what was basically a diary entry of overwhelming emotions. It is by no means comparable, but it made me think a lot about the strong support system around me. I know that my mindset is shaped so greatly by those handpicked few who always have my back and in the midst of this article, fresh in my own rehashed wounds, my gratitude for life and the way it all works out has increased. I can’t be certain I’d have made it through the last few months had they happened to me a year ago when I was already down and struggling. Support is everything. 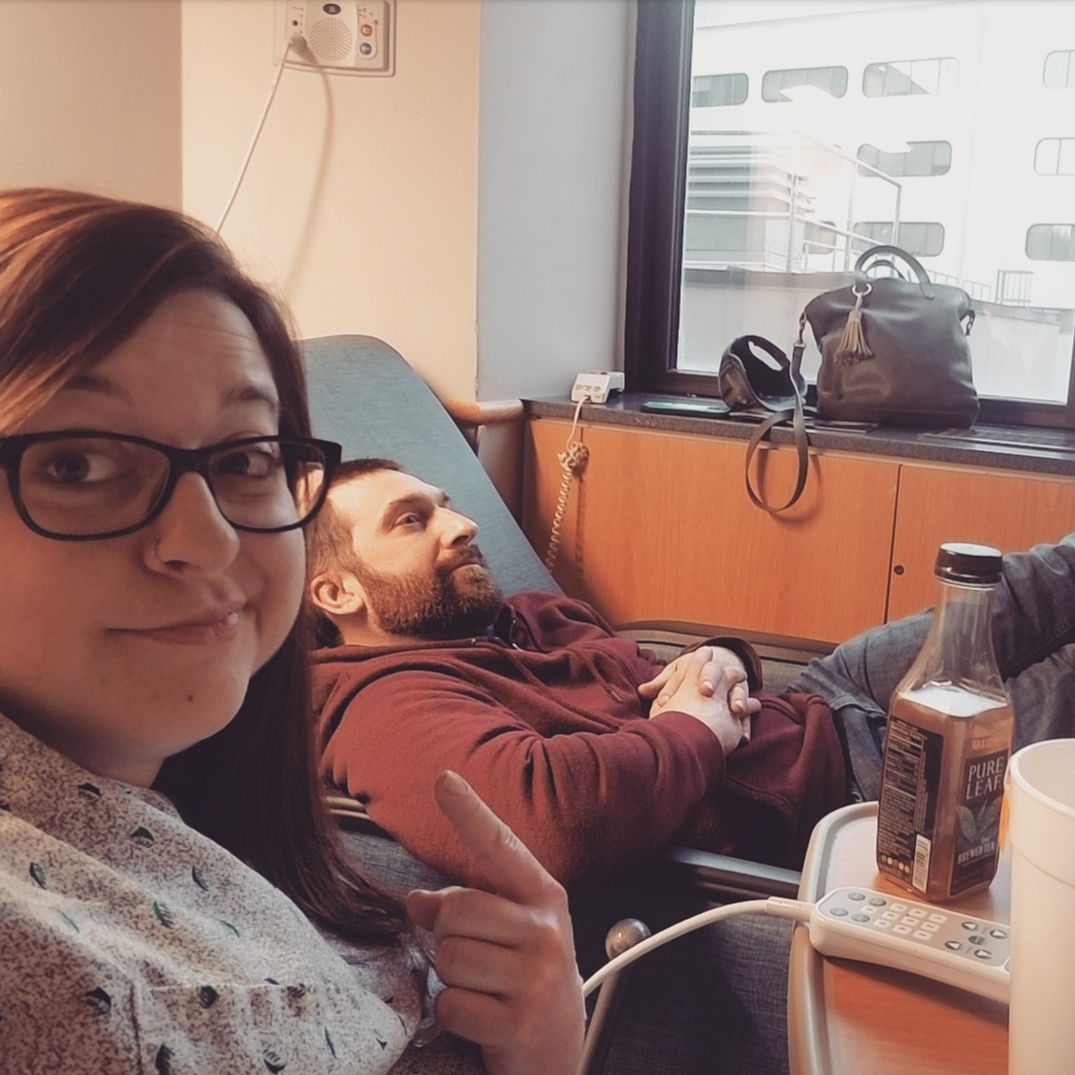 I’ve had an ex who was (and still is) really supportive and caring, and one who made me cry and feel worthless in a hospital room. I’ve also had an ex who couldn’t hide his lack of understanding or his overly dramatic gags when he saw me changing my bag. The embarrassment and disrespect was the exact reason why I decided to mention my stoma the very first time I met my boyfriend. I had since decided that anyone who was less than understanding would be an immediate no. I was afraid of dating with an ostomy, but I was no longer willing to feel like a burden or anything less than sexy. I would be okay being single and building myself back up on my own.

And then practically out of nowhere, I was on a date. I was nervous in spite of it going so well, or maybe because it was. I spent many moments of conversation wondering if they were the right moments to bring up the surgery. I speak so freely of my bag to everyone. I answer questions from coworkers, friends, family, and strangers without thinking twice. This is my bag; it saved my life! It is worth talking about. But how do I casually bring this up without awkwardly ending a date? What if his response wasn’t what I wanted it to be? Although, that’s the point, right? I’m old enough, I’ve been through enough. No more on the fence with anything. It is black and white and I’m not moving forward with any more gray.

“Tell me something about yourself that would surprise me.” To be honest, I don’t even remember if he eventually answered the question. All I know is he stared at me. This moment of oh shit in my mind as he was staring at me, half laughing, shocked to be put on the spot. So I just went for it. “I don’t have a colon!” More stares, more shock. I explained the scenario in a nutshell. The disease, the surgery, and the bag I’ve had for several years.

“Well… I guess…that’s kind of shitty, huh?” The words hung in the air before we both laughed. And in all honesty, my reaction to that response could have been a variable one depending on many factors. But really, how better to respond? Because I don’t want someone who will constantly feel sorry for me, or who will treat me any differently. Rather, I want someone who will make me laugh, who will be understanding and upbeat, and who will continue on with the conversation afterward as if it is no big deal. Sure, there were questions to be asked, but not a single one of them seemed to really matter. And there it was, in black and white and bar lights: this glimmer of hope.

As it would turn out, it couldn’t have come at a better time. A few short months later, I was back in hospital gowns and waiting rooms. And not once did he flinch. Not when I delivered awful news, not while he sat next to me in pre-op, not when my bag leaked in the middle of the night or I got frustrated and had tears running down my face. The reality is, most of the time I didn’t even have time to process things before he was reassuring me I’d be okay and distracting me with nonstop laughter.

When I’m in the trenches, when I’m alone, when I think too much, it is easy to go to a place of overwhelming emotions. I have spent more than half of my life with this disease, and surgery went so well that I thought the rest of my life would be smooth sailing. I was finally meeting people who had never known me as sick. It sounds so irrelevant, but it is a huge deal. I remember several years ago when a family member introduced me as “the sick one.” It was intended to be harmless. Intended simply as a way for their friend to put a face to the person they had obviously spoken of. The person undergoing IV therapy, taking twenty-some pills a day, piling up medical debt, and seeing the best physicians while still unable to leave the house most days. It cut through me and it scarred deep. But post-op, there was this moment in life where that was no longer me. Now I was strong. I was an adventurer. I was healthy.

The frustration when that all came crashing down was audible. Suddenly I was right back down to the some of the lowest points in my life. I was again “the sick one.” Somehow even when things had been slowly going downhill, I was blinded enough by the highs to be shocked when I was back to square one. I was angry. I felt sorry for myself and felt alone despite the people around me. I started to prepare myself again for the life full of battles, ready to sink back to that person who laid in the fetal position on the sofa, unable to eat or move or laugh from deep within my belly. I just kept thinking, over and over, that this is my life. I had a whole other vision for it after my ostomy surgery, but this person, right here, in a hospital room getting bad news? This is my life.

Until the person next to me, the person who responded to the news of my ostomy when we first met with a poop joke, responded with another poop joke. The kind that made me laugh so hard that all the ugly tears shook off my face. And as he wiped the remnants of them away, he reassured me. With a few simple words, he reminded me of my actual life. Reality. Yes, I am the sick one. But I’m also the healthy one. In black and white, that is my life. Some days I will be an adventurer. I’ll feel healthy, I’ll laugh, and I’ll enjoy the smooth sailing. And some days I will be sick. I’ll be a warrior. I’ll look for hope and rely on others. And their support will be everything.

Living with an Ostomy