Support the Run for Resilience Ostomy 5k at Events from Coast to Coast or with your own Virtual Run/Walk. 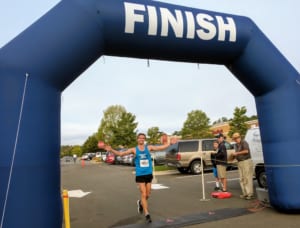 It was a hit from the start. Five years ago two ostomy nurses in Durham, North Carolina, Lara Leininger and Angela Richardson, had the belief that the ostomy community deserved its own awareness run and walk. “We wanted to educate the community about ostomy surgery and how persons living with an ostomy can achieve anything,” Lara says. “We want to encourage ostomates to be active and be proud of their resilience.”

Runners have done that and more at the Run for Resilience Ostomy 5k. Collin Jarvis lives with an ostomy and has won the Durham run two years in a row. Preconceived notions someone may have had about living with a “colostomy bag” are likely shattered when you’re left in the dust by a runner with an ostomy pouch.

Events always coincide with annual Ostomy Awareness Day or World Ostomy Day (which is held every three years) on the first Saturday in October. “This is our 5th year doing this race and we have brought a great deal of positive ostomy awareness to our local community and now nine communities nationwide.” The event also raises much-needed funds for UOAA to continue to support, raise awareness, advocate and provide educational programs for the ostomy community.” 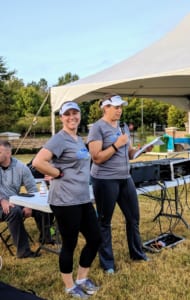 Community members, families pushing strollers, and serious runners join in the fun every year on the scenic routes all over America. In North Carolina nurses and hospital employees also compete against themselves in a fundraising challenge, the victor taking home bragging rights and a golden toilet trophy.

“It’s awesome to see an ostomate finish first, but the run is also about all those who have come back from this lifesaving surgery and have struggled in life with an ostomy. You are all resilient just by your everyday accomplishments,” says UOAA President Susan Burns. Several people have walked at least part of the course just months after surgery, while for others it provides inspiration to set a goal, overcome fears, and run/walk this distance for the very first time.

“A majority of the public does not know what an ostomy is and if they do, most have a negative connection with ostomy surgery. There are a lot of myths that we try to bust. Those living with an ostomy live active lives, can be young, middle-aged, old, healthy, confident, etc. Ostomy surgery saves lives and a lot of times improves a person’s life!” Lara says. These 5k events are a visible declaration to communities that ostomates are here and deserve support. Stigmas melt away when people attend these events.

Luckily you don’t need to be near an event to participate or support it. With the Virtual Ostomy 5k anyone can run or walk in their favorite neighborhood spot, or even on a treadmill. You can gather friends and form a team. We’ll even mail you out a free official bib number and a race tech t-shirt ($15) to join this worldwide event that takes place on World Ostomy Day, Saturday, Oct. 6, 2018. You can donate to runners or events near you, or on a national level. 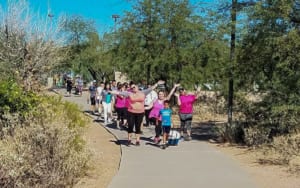 The Arizona Ostomy 5k Fun Run/Walk will feature a picnic and games this year for World Ostomy Day.

This year’s World Ostomy Day theme is “Speaking Out Changes Lives” and the Run for Resilience is the official U.S. event during this worldwide celebration. All runs will take place that morning with the exception of Boise, Idaho on Saturday, October 13.

“UOAA makes an ostomy patient feel like they are part of a community and that they are not alone. They direct patients to support groups, answer questions, provide education, and allow them as a patient to give back by being a part of the UOAA. It’s best resource for anyone with an ostomy.” Says Michelle Pitylak who is organizing a first-year event on the shores of Lake St. Clair.

Also new this year is a 5k in the Pocono Mountains region of Pennsylvania and the Tennessee run is moving to the “Music City” in Nashville. Both events are timed and certified 5ks and organized by dedicated ostomy nurses. Nashville Fashion Design icon and ostomate, Manny Cuevas, is helping to make the event in Two Rivers Park one to remember.

Another first year of event will be a homecoming of sorts. United Ostomy Associations of America (UOAA) was founded in Southern New Jersey in 2005 and this year a timed 5k run/walk will be held in Cooper River Park in Pennsauken, NJ that has views of the skyline of neighboring Philadelphia.

The second oldest event is the Portland, Oregon Fun Run which returns for its fourth year. Runner and ostomate Lianne Weller is excited for this year’s run in the Milwaukie River Park. “I think the ostomy race is a great way to bring individuals, their family and friends together in a carefree activity. The 5k race also allows other ostomates to build confidence and breakdown barriers to getting back into physical shape; going one step closer to their goal. One particular aspect I look forward to when it comes to races like this, is being able to not let my ostomy be a barrier to meeting new people. I feel more confident and less self-conscious because I’m surrounded by individuals who have all gone through similar obstacles.”

The Central Alabama WOC Nurses’ Association is proud to bring the Ostomy 5k fun run to Alabama for the third time. Also returning is the successful Fun Run in Mesa, Arizona. Organizer and double ostomate Roxanne Camp is planning a great time at her picnic and 5k in Red Mountain Park. “Ostomies save lives they don’t take them,” is her personal motto.

Now in its third year the certified time 5k run in Boise, Idaho is a true community event. The driving force behind it is Megan Herrett, a mother of two children with an ostomy who wants to see her community be more accepting and educated about people living with an ostomy. If you attend prepare to be inspired by the young people running in support of their friends at this event. Attending or donating to any one of these events provides a public voice for the ostomy community nationwide, and funds raised ensure that the next person who has this life-saving surgery will get the support and information they need.

All runs are family-friendly and will feature sponsor tables and run bags. Several include a silent auction, giveaways, kids run, music, food and more. Check for information about an event near you on Facebook or www.ostomy5k.org, and Run, Walk, Volunteer, Cheer and Fundraise to support the ostomy community and UOAA! 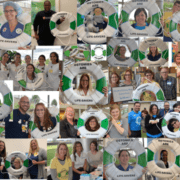 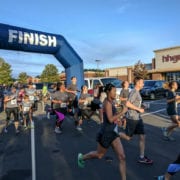 Resilience on Display at the Ostomy 5k 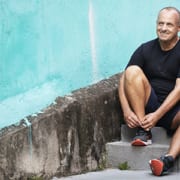